Whouuuuhu…another podium! The X-Over Kitzsteinhorn is existing in different contest modes since a couple of years. I was attending X-OVER Kitzsteinhorn, when it was still a Freeridecross event. The face on Kitzsteinhorn is rather mellow, but not too easy to orientate, and every year I’m feeling a bit lost in the middle part. 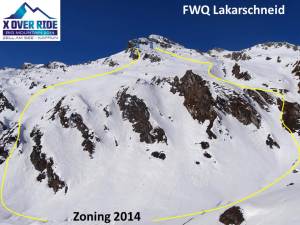 The really cool thing at the X-Over is the public viewing are, which is really close to the lower part of the face and and gives the audience the possibility to experience the action very immediate. On top of all, there is always pretty good weather. 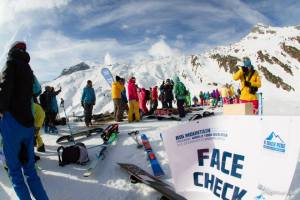 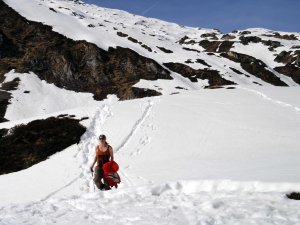 After my run I wasn’t too happy, as I missed one cliff and rode rather slow in the middle part. On the other hand it was a clean run without any mistakes or hesitations, but still, it could have been more spectacular.

That’s why I was really surprised and happy getting second after Anouck Mouthon.

After the Contest I rode the lower part of the face a couple of times and was rather pleased with my abilities, hopefully I’m able to do a more spectacular run next year. As usual, the party at the X-Over is rather wild and causes massive hangovers:) Next week I’ll be riding my last contest for this Season and me and Liz Kristoferitsch are battling for the Title of the Austrian Freeride Master.